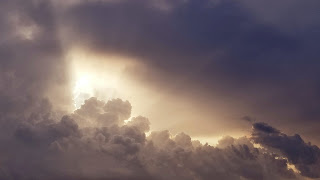 Photo by Rodrigo Rodriguez on Unsplash
Some of you know the struggles that have been facing my family this year, others of you may not.  This has been a difficult year for us.  It was not all bad; finding out that I was pregnant with Vance was surely a highlight.  The children were and always are the silver lining in all things.
In September, Devin lost his job.  This may surprise some of you because as you know he worked for his family.  I myself was shocked, but that would not be the first time that I was shocked this year.  Devin told me that he was fired.  The night this happened to say I was not panicked would be a lie.  I know that God provides, but all I could think about was, “What are we going to do?”  Van was coming and Zelda was already here.  Devin used to take Zelda with him to work.  It was great.  Since it was a family business, she was surrounded by family and not strangers.  We didn’t need to pay for daycare.  Now, what were we going to do?  He had no job and if he got a job, where would Zelda go?
We tried to get unemployment and here is where it gets crazy.  Devin’s family told the unemployment that he quit and that he was not fired.  If you quit you cannot get unemployment. But they did not stop there.  They also told them that Devin was not a good employee and they would not take him back.  So not only did they fire him, but they made it impossible to get unemployment.
Mind baffling isn’t it.  Devin has not talked to them since.  I can’t blame him.  He needs to prove to them that he does not need them and that he can take care of his family on his own.
Devin got his SORA license in October.  For those of you who do not know, in New Jersey, you need to have SORA training to be a security officer.  SORA stands for the Security Officer Registration Act.  Since then he has been looking for a nighttime security job. Since I work during the day, Devin can work at night.  That way someone can be home with the kids.  While Devin was looking for a job, I was the only one working.  It made for some stressful times.
So why am I telling you all of this?  Remember, in the beginning, I said, “God Provides”. Well, it is true he does.  Devin had a difficult time finding a good security job.  Some places did not have nights or weekends available and others only needed someone for a day or two.  Now you take whatever you can get when you are out of work, but most of these jobs were an hour away or more.  So we prayed for a job that was close and one that needed nights and weekends.  Well, our prayers were answered.  About 5 years ago, I was the manager of Payless Shoes in the Hamilton Mall.  Some people, who worked at the mall, were still there.  One day I went in and asked about the security there.  I brought Devin in with me for my friends to meet.  It turns out that they were looking for a SORA trained Guard to work nights, overnights, and weekends.
Now we are not out of the woods yet.  We have lots of catching up to do, but this puts us on the right track.  As I said before “God provides”.

Posted by AuthorNancyann at 9:44 AM

Email ThisBlogThis!Share to TwitterShare to FacebookShare to Pinterest
Labels: jobloss, My Ramblings, relying on God