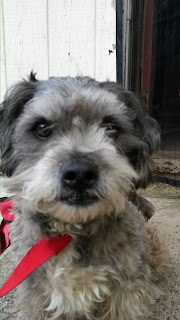 First, I would like to say, “I love my dogs”.  This leads to me have a difficult time trying to find a football team to root for.  Any suggestions, I love football, and unfortunately, all I have are Eagles Jerseys.  I love my dogs much more than I love the Eagles. Time to root for the Cowboys!

I have always thought of myself as a dog person, but when I got married, we couldn’t have a dog.  We lived in an apartment and they didn’t really want us to have any pets, but they said we could have a cat.
We got a little black and white tuxedo cat.  He was so cute.  We called him Little Devin because he actually acted a lot like my husband Devin.  They would sit on the couch and watch TV together and whenever Devin was playing a video game, little Devin would try to hit the controller.  It looked like he was trying to play with him.
Next, since Little Devin was crazy, and we needed someone for him to play with, we got Little Nancy.  Okay, so then we got Ranger and Darth Vader.  When we had to move to another apartment, and they only would allow us to have two cats, we needed to get rid of Ranger and Darth Vader.  Don’t worry, we found good homes for them, but that did not stop us from finding other cats.  We then found Gonzo and Jack (Jack is a girl but we did not know that when he found her she was too little.)

We bought a house and took our four cats with us.  Now that we have a house, I can have a dog.  I convinced myself that I had become a cat person, but that was not true. We went to the Pleasantville animal shelter and adopted Penny.

Okay so I love my cats but Penny is awesome.  She cares for us in ways the cats did not.  Penny wants to make us happy.  When I am sick or sad, Penny is right there next to me.  The cats are not.  When I was pregnant with my daughter, Penny would lie next to me and lay her head down on my stomach.
One day during one of those strong summer storms, I found a little white dog on my doorstep.  He was filthy and shaking.  I took him inside, feed him, and gave him a bath. Penny loved him.  I was so excited about this because Penny is normally afraid of other dogs.  Infect Penny is afraid of everything.  I had to call animal control, and they came and picked him up.  They took him to the animal shelter, and I told them that if no one comes for him, we will take him.  That is how I got Boba Fett.

Like I said, I love my dogs, but they drive me crazy.    They are always getting into things they are not supposed to, and Boba is so bad about going to the bathroom.  It is obvious that Penny is smarter than Boba.  Penny will knock down the trashcan, grab something from it, and run and hide with it.  Boba will put his head in the trashcan and stay there.
Why big worry right now is what we are going to do with the dogs.  Thankfully, Devin got a job, but since he has been out of work since September, we are behind on some bills.  If we need to sell the house and get an apartment where will the dogs go?  I pray that we are able to get back on track with things. I know that God will show us what we need to do.  As for now, I just continue to pray and work as hard as I can to everything together.

Posted by AuthorNancyann at 8:16 PM