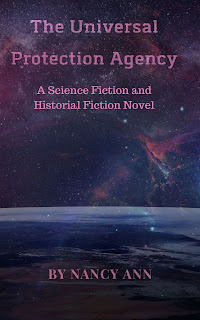 Here is a quick look at a new story I am writing. I hope you like it.

When Nessie heard the news about the new crew for the Epoch Society and she had to investigate. She snuck onto the ship; but she had to be careful. If they caught her; it would mean her death, or worse. It was ‘the or worse’ part that always got to her. What could be worse than death? They already took everything she loved. What more could they take?

Nessie is a Changeling. This means she can turn into animals and people, but not objects. This does not mean that she can take the form of a specific person, but she can resemble someone from that race.

While she was sneaking around the ship, she chose the form of a rat. A rat could sneak around unnoticed most of the time and Nessie didn’t want anyone to know she was there. Nessie needed to know if the crew was aware of the company’s true intentions or if they were duped, just as she was.

She wanted to gain access to the computer files on each of the new recruits; but, in her rat form, she could not reach the computer. She observed most of the crew, but she didn’t get enough information on any of them. Edgar’s presence worried her. They grew up together in the Epoch Society, so he knew what they did, and he hated them. At least that’s what she thought. It hurt her seeing him here. Didn’t he fight them alongside her? Didn’t he care about her? Edgar was like a brother to her; how could he be here now working for them?

Nessie knew of one other changeling on board, Maeve, but she didn't know how to get information to her.

She knew Kon was the leader, but she didn't know if she could trust him. Is he working for them? If not, and the company finds out they will kill us both.

She scurried to his quarters and laid in wait for him. Would he believe her? I need to show him. How can I show him? She went to the computer but couldn’t access what she wanted to. She ate through the wires, disabling his cameras so she could appear in a better form. Kon might not want to talk to a rat.

The doors to Kon's quarters slide open and he stepped in smelling the acrid scent of burned wires. He sniffed the air, “It must the computer.” He searches for the source of the smell. “Something chewed through the wires, hmm,” she said out loud.

As soon as the cameras went out in his quarters, it triggered a silent alarm. A figure sat in front of the computer screen where a flashing red light showed the cameras in the captain's room were not working. “Nessie is back,” the figure said. “Switching to secondary cameras. Let's see what you're doing here.”

Nessie was still in her rat form waiting to see if the cameras were truly out before she changed her appearance.

She ran up the legs of the desk and ran across the keyboard, hoping to get his attention. She didn't want anyone to get hurt. Kon had a good heart; she had been watching him for a while now. He couldn’t be part of this. She became rather found of Kon as she watched how he interacted with his crew.

With a burst of speed, Kon snatched Nessie up off the floor.

“Well, what have we here? Are you the little fella chew up wires?”

Nessie squirmed in his grasp. “Let me go,” she said in her normal human voice.

Kon opens his hand so he will not hurt Nessie. "Well, if you can talk, that means you chewed my wires on purpose. I'd start explaining."

Nessie then formed into a woman. Kon gasped as he was not expecting this. His heart fluttered as he saw her.

She was wearing a uniform from the company, one she found in storage in case someone saw her. Her hair was pure white, as white as her face, but her lips had a hint of red to them.

“What are you?” he asked as she intrigued him. “Are you an angel?” She was beautiful. He could not take his eyes off her. He had never seen anyone so beautiful as her.

“I had no choice, I apologize. I've been watching you for some time and I can tell you are a wise and caring man.” She then smiled as she realized what he called her. “No, I am no angel. I am a changeling. I believe you have another changeling on this ship and one you are close with.” She knew this from observing them, “My name is Nessie.” She never saw them being passionate with anyone; but she observed that Maeve and Kon had a close relationship. A bit of jealously rose in her, but she pushed it down as she had work to do and emotions could have no part in that.

Kon's brow creased with concern. “How did you get aboard my ship?” His demeanor changed, taking on a more authoritative approach. Don’t get distracted. This is your ship, and she is an intruder. A beautiful intruder, but still an intruder. He ignored the reference to Maeve as he didn’t trust Nessie and didn’t want to give her details on his closest friend or anyone on his crew.

Nessie, “I've been watching you.” I hope he doesn't report me. “I need to give you important information on this company, the Epoch society.” Her heart raced through, “Please tell me I am not wrong. I've watched you for a while. You are a good man.”

“I can hear your heart racing. Just calm yourself and breathe.” Kon says as he poured a cup of water and handed it to Nessie. “Take a drink and relax. Tell me your story. You say you’ve been here for a while; but, I've never seen you. I don't remember ever seeing you and I would have remembered seeing someone as angelic as you.” Nessie enthralled him. His eyes lingered on her every move. Kon thought Nessie was clever, resourceful, and angelic.

Nessie sat; though, she was not at ease.

“I can become anything. I chewed through your wires so they cannot see or hear us. The company you work for, do you know what their mission is? Do you trust them?”

Kon leans back on his desk.

“I don't trust them as far as I can throw them. What proof do you have?”

Nessie didn't have much proof with her; but, she could show him. “Kon, they travel through time, changing events to suit their agenda. They steal, kill, and alter the course of events so they will be the most powerful. They destroyed my home world so they can use the changeling abilities.” She knew Maeve and Kon were close; but, Maeve did not know what happened to their home world. “Maeve was not there when they destroyed our world. She left before they arrived. They kidnapped most of us and made us work for them. They told us we were helping the world by allowing them to use this ability.” Nessie looked away, as she didn't want to cry.

“I will show you,” she showed him the device on her arm. “This device allows us to time travel on our own. Most changelings can use this device and transform without those chambers. You have seen the chambers, I assume?”

Posted by AuthorNancyann at 9:37 AM